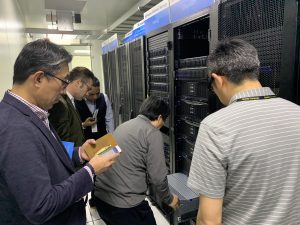 With Rakuten and its partners at the helm to launch a fully virtualized 5G ready mobile network in October 2019, this architecture is set to disrupt the entire telco industry. Having created a fully cloud native network, with end-to-end automation for both network and services, QCT continues to play a critical role as a 5G ecosystem enabler as it works with industry leading partners to drive fundamental changes in the way mobile telecommunication companies  plan, deploy, and manage their infrastructure.

“QCT sees a natural progression of cloud computing technologies from CSPs to Telcos, and this Rakuten project further validates this trend,” said Mike Yang, President of QCT. “With our expertise and experience in data center hardware technology, we have expedited the network transformation journey in the realization of a fully virtualized 4G LTE network that can be extended to 5G.” 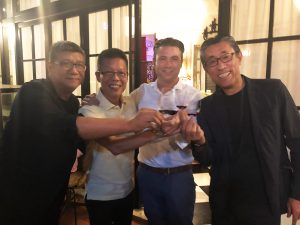 With mobile networks entering the 5G era, the IT infrastructure must also evolve with the required compute power and scalability to support new services and sustainable costs. QCT is fully-aligned with Rakuten’s vision, which minimizes complexity and disaggregates software form hardware to ensure agility, stability, and scalability, as well as cost efficiency.

Rakuten has also seen these advantages and looks to apply this technology to their ecosystem to offer their customers an unparalleled option as a Mobile Network Operator (MNO). Success in end-to-end tests in Tokyo demonstrates the stability and scalability of the new mobile network that is on track for an October 2019 launch. The power of Rakuten’s brand, with its consumers and its existing Japanese customer base of over 100 million members, will further provide a robust foundation for others to follow as tests continue to expand across Japan.

“Rakuten Cloud Platform will deliver a host of advantages, the primary ones being economic scaling and service agility,” said Tareq Amin, Rakuten Mobile Network’s Chief Technology Officer. “As our deployments accelerate in preparation for our advanced LTE launch, delivering integrated solutions with industry leaders such as QCT will ensure an efficient and successful network transformation. Together we have built industry leading network function virtualization infrastructure solutions to meet Rakuten requirements for our central data centers and our edge data centers.”

QCT will showcase its edge computing and network cloud infrastructure offerings, the building blocks for this project, at the Mobile World Conference (MWC) 2019 from February 25-28 at the Fira Gran Via, booth #5B11.

For more information on QCT’s Server Portfolio visit www.qct.io and get the latest updates on Facebook, Twitter and LinkedIn.

Product lines include hyperconverged and software-defined data center solutions as well as servers, storage, switches and integrated racks with a diverse ecosystem of hardware component and software partners. QCT designs, manufactures, integrates and services cutting-edge offerings via its own global network. The parent of QCT is Quanta Computer, Inc., a Fortune Global 500 corporation.

For more information, visit the QCT website at www.QCT.io.

About Rakuten
Rakuten, Inc. (TSE: 4755) is a global leader in internet services that empower individuals, communities, businesses and society. Founded in Tokyo in 1997 as an online marketplace, Rakuten has expanded to offer services in e-commerce, fintech, digital content and communications to more than 1.2 billion members around the world. The Rakuten Group has over 17,000 employees, and operations in 30 countries and regions. For more information visit https://global.rakuten.com/corp/.